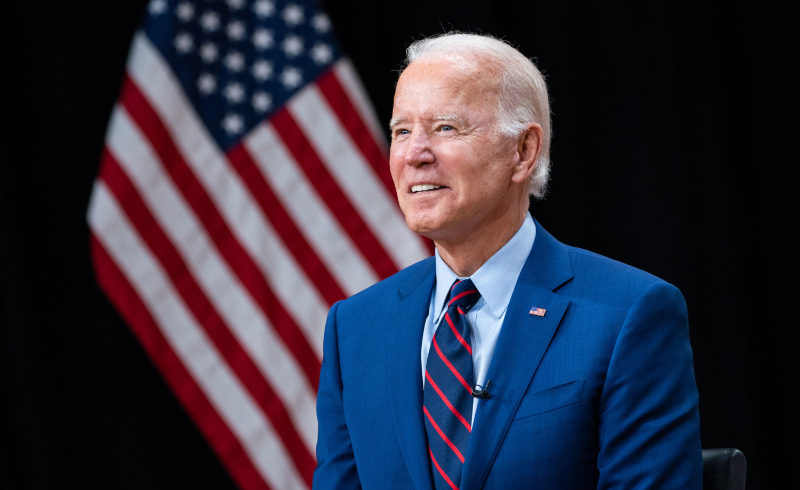 This is a sad day for America.

That’s all a former friend of ours could post on social media during the Inauguration of Joe Biden and Kamala Harris.

I wondered what made her sad watching it:

Was it a man who’s suffered unthinkable personal tragedy and loss, taking the oath of office at the age of 78-years old, after coming out of retirement to run because he felt an obligation to his nation to save it from a historically harmful presence?

Did that make her sad?

Was it the swearing in of the first female, black, Asian-American Vice President in our nation’s history?

Was she sad about that?

Was it the radiant countenance of 22-year old, African-America poet laureate Amanda Gorman, who overcame a speech impediment to eloquently deliver brilliant words of stratospheric hope to a nation so needing it?

Did that make my friend sad?

Was it the glorious prophetic fire of Rev. Silvester Beaman’s benediction, as he declared that “In our common humanity, we will seek out the wounded and bind their wounds, we will seek healing for those who are sick and diseased… we will befriend the lonely, the least, and the left out.”

As a professed Christian, was that why she was sad?

Perhaps it the show of solidarity by the living presidents from both sides of the aisle who assembled to witness an inauguration, on the site of what only two weeks prior was a deadly, failed attempt by domestic terrorists to violently prevent it?

Was that cause for her despair?

Or was it the words of President Biden’s speech themselves?

Did his words make her sad?

This is America’s day… Today we celebrate the triumph, not of a candidate, but of a cause, the cause of democracy.

Was she sad seeing a man in power not make something about himself, but about the nation he was charged with serving, about him not needing praise or attention for a millisecond?

Was it hearing him say:

So now, on this hallowed ground, where just a few days ago violence sought to shake the Capitol’s very foundation, we come together as one nation, under God, indivisible, to carry out the peaceful transfer of power as we have for more than two centuries.

Was that clear condemnation of violent domestic terrorism, a moment of sadness for her?

Did sadness come when the President declared:

To overcome these challenges, to restore the soul and secure the future of America, requires so much more than words. It requires the most elusive of all things in a democracy: unity. Unity. In another January, on New Year’s Day in 1863, Abraham Lincoln signed the Emancipation Proclamation. When he put pen to paper, the president said, and I quote, “If my name ever goes down into history, it’ll be for this act, and my whole soul is in it.”

Was something other than a battle posture from a sitting president an occasion to grieve for her? Has she been so conditioned by a small, fragile man whose only play was vilification, demonization, and war rhetoric—that the very idea of unity now brings mourning?

Was she sad when President Biden said,

To all of those who did not support us, let me say this. Hear me out as we move forward. Take a measure of me and my heart. If you still disagree, so be it. That’s democracy. That’s America. The right to dissent peaceably. Within the guardrails of our republic, it’s perhaps this nation’s greatest strength. Yet hear me clearly: disagreement must not lead to disunion. And I pledge this to you, I will be a president for all Americans, all Americans. And I promise you, I will fight as hard for those who did not support me as for those who did.

Was hearing as a Republican in the first ten minutes of Joe Biden’s presidency, words of affirmation and compassion and validation, that as a non-Republican were never once offered to me in four years? Was she sad to be considered instead of condemned by a sitting president? Was it him pledging to be to her, what his replacement never cared to be for me: a leader who saw me? Was she sad about that?

Was our former friend filled with despair when the 46th President declared:

There is truth and there are lies, lies told for power and for profit. And each of us has a duty and a responsibility as citizens, as Americans, and especially as leaders, leaders who have pledged to honor our Constitution and protect our nation, to defend the truth and defeat the lies.

Have 48 months of abject falsehoods and manufactured reality, now made an affirmation of objective truth a source of personal sadness?

Was it President Biden’s closing, in which he promised:

My fellow Americans, I close the day where I began, with a sacred oath before God and all of you. I give you my word, I will always level with you. I will defend the Constitution. I’ll defend our democracy. I’ll defend America. And I’ll give all, all of you, keep everything I do in your service, thinking not of power but of possibilities, not of personal injuries but the public good. And together, we shall write an American story of hope, not fear. Of unity, not division. Of light, not darkness. A story of decency and dignity, love and healing, greatness and goodness.

Was that clear, open-hearted declaration to spend himself on behalf of a people and a nation he loves, a moment of sadness for our friend?

I’m going to reach out to her and ask her to name with specificity why she was “sad” watching the Inauguration of Joe Biden and Kamala Harris, but I’m not hopeful I’ll get an answer. I don’t think even she knows.

I imagine she, like so many people in our nation, has been so weaned on a false story of her present oppression and impending demise, so gaslit by her president into being perpetually terrified, that in this moment she can’t see clearly.

She can’t see that this president, while not perfect—actually gives a damn about her in ways the former president simply never did.

That makes me sad.

Previously Published on johnpavlovitz.com and is republished on Medium.

How HubSpots Customers Are Shaping the Next Normal