For almost 30 years, the beautiful teardrop-shaped island of Sri Lanka was divided by a terrible civil war. It had its roots in an ethnic conflict between the island’s largely Buddhist, Sinhala-speaking population in the south and the Tamil minority in the north. In 2009 the war came to a bloody and unexpected end when Sri Lankan government forces attacked and overwhelmed the rebel-held north.

Anuk Arudpragasam, a Sri Lankan writer of Tamil heritage, wrote his first novel, The Story of a Brief Marriage, about a young Tamil couple who are trying to survive in a shrinking northern enclave as the government forces close in around them. He returns to the same landscape for his second novel, A Passage North, the action of which takes place in the years following the government victory. Having studied in India, Tamil Krishan has come back to the island. He is working at an NGO in Colombo and living with his mother and ailing grandmother in the family home. As the novel opens, he gets word that his grandmother’s former carer, a woman named Rani, has died violently. Rani had recently moved back to the conquered north; she was traumatised by the war, in which she lost two of her children. Is her death an accident? Suicide? Murder? Krishan decides to go to the funeral. At almost the same moment, he gets an email from his former girlfriend, an Indian activist called Anjum, whom he still loves. The trip thus becomes a twofold journey: a geographical one to the flat, palm-studded landscape of Sri Lanka’s north and a psychic one into the trauma of war and Krishan’s own past.

Just as in The Story of a Brief Marriage, the author unwinds his story in long flowing sentences that are stretched with participial phrases and subordinate clauses. This is Krishan recalling the beginning of his relationship with Anjum: “They did in fact meet a few days later, this time at his flat rather than hers, and this second night too had gone the way of the first, the two of them again hardly sleeping, again moving in and out of those different modes of bliss, and again followed, not long afterward, by a kind of anxiety, less this time about whether he’d actually felt what he remembered feeling or even about whether Anjum had felt the same way, but about whether, rather, what they’d experienced together could possibly continue, whether it wouldn’t somehow just vanish into thin air.”

I suspect this kind of prose divides readers. Precision or preciousness? Pitch-perfect evocation of the bliss and insecurity of new romance, or a wordy descent into near-cliche? “An exquisite form of noticing,” gushes Colm Tóibín on the jacket. “Fine writing,” said Jorge Luis Borges, “a beginner’s mistake.”

At his best, Arudpragasam is a patient and meticulous observer. He evokes the physical environment, the clanking train that takes Krishan north, the conquered Tamil territories, Rani’s funeral rites. He is also good on less concrete things: the colourism of the subcontinent; the misogyny Anjum encounters on the Delhi metro; the lingering hostility towards Tamils in Colombo after the war.

But on many occasions, the book’s rhetorical flourishes seem like swirls of dry ice masking an insubstantial story and unclear motivation. Why, in fact, does Krishan feel the need to go to his grandmother’s carer’s funeral? What’s at stake for him? What possible change can he undergo? And while the setup hints at tantalising possibilities, in the end Rani’s violent death turns out not to be a mystery to be solved, but the opportunity for another disquisition on memory, chance and trauma.

In The Story of a Brief Marriage Dinesh and his new wife, Ganga, are in the thick of the action, menaced by Sri Lankan government forces and trying to scratch together some kind of existence. It gives the book a desperate energy. But in A Passage North Krishan is a frustratingly passive protagonist. He does a lot of wondering and remembering; he smokes spliffs, and has some sex, but no real agency. Among people who have experienced so much struggle and trauma, Krishan seems drifting, inconsequential and oddly self-important. He ends up overshadowed by the more dynamic minor figures who crop up in the narrative: his charismatic lover Anjum and poor bereaved Rani; the Tamil nationalist leader Kuttimani; the suicide bombers Puhal and Dharshika.

He is good on the misogyny Anjum encounters; the lingering hostility towards Tamils in Colombo after the war

Krishan never meets these last two characters. They appear in a documentary film that he is obsessed with and discusses at length with Anjum. They are real people – you can see them here – and their affection for each other and readiness to sacrifice themselves provoke all sorts of questions as Krishan watches them in the film.

“It was hard not to wonder, listening to her as she spoke, how such a person was possible and how she’d come to be, what experiences and what inner affinities had led down this path so different from those taken by other men and women her age, a path that was headed so clearly toward death and the total extinction of consciousness it brought but that she followed, nevertheless, with such ease and confidence, as though she couldn’t wait to reach its end.”

The work of wondering how such a person as Puhal was possible and how she’d come to be seems like one of the things that novelists are supposed to do for us. But the detail and particularity of memorable fiction requires a form of wondering that is both deeper and less abstract than this. The frustration of A Passage North is that it gives us glimpses of extraordinary characters, but focuses its imaginative energy on the sophomoric musings of its hero.

• A Passage North by Anuk Arudpragasam is published by Granta (£14.99). To support The Guardian and Observer, order your copy at guardianbookshop.com. Delivery charges may apply.

We will be in touch to remind you to contribute. Look out for a message in your inbox in August 2021. If you have any questions about contributing, please
contact us.

This Might Be the Best Resolution You Can Make 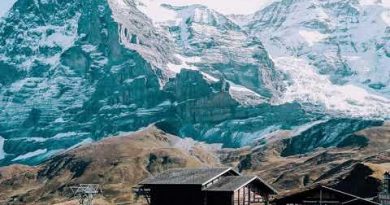