Wedding cupcakes may propel a javelin thrower to gold at the 2021 Olympics in Tokyo. In typical times, such a statement would seem ridiculous. But these days, it sounds plausible.

When the COVID-19 pandemic struck last year, Kara Winger, a three-time Olympian and the U.S. national record holder in the javelin, needed to adjust. Since she could no longer access indoor facilities for her typical strength and technique drills, she and her husband, former U.S. discus and shot-put thrower Russ Winger, connected a 30-ft. cable from their back fence to a hook at the rear of their house, running it through a metal tube that’s about a foot and a half long. On this neatly angled wire, which allows Winger to replicate proper javelin-throwing motion, she tosses the tube, once a portion of the cupcake stand Russ built for their 2014 wedding. “Both were made,” says Winger, “with love.”

All over the world, the pandemic has forced athletes like Winger, with their Olympic hopes on hold after the postponement of the Games for a year, to find innovative ways to stay sharp during extended lockdown periods. Bottles of laundry detergent—and beer—have subbed in as weights. Norwegian wrestler Stig-Andre Berge did push-ups with his baby on his back; Oktawia Nowacka, a modern pentathlete from Poland, did squats while holding her dog. Brooke Raboutou, a U.S. climber, crawled along her kitchen counter, scaled the back of her stairs and maneuvered across her fireplace chimney, like Spider-Woman.

With much of the world now facing a COVID winter-—and the potential for further surges in cases and shutdowns—Olympic athletes may again need to rely on Spidey sense and pets and backyard contraptions as the postponed Games approach. With such creativity, however, comes the potential for crippling uncertainty. Olympic sports often offer a single shot at glory. Careers hinge on an event that occurs every four years, so any tweak to carefully crafted training routines can send the minds of elite athletes spiraling. And even with vaccine rollouts promising a safer 2021, and Olympic officials insisting the Games will go on this July, athletes are keenly aware that givens don’t exist. This year could somehow prove more disheartening than the last one. “We’re now going back to a space where you don’t know if the gym is going to be open tomorrow,” says U.S. fencer Daryl Homer, who trains in New York City. “It’s like Olympic dreams on hold, 2.0.” 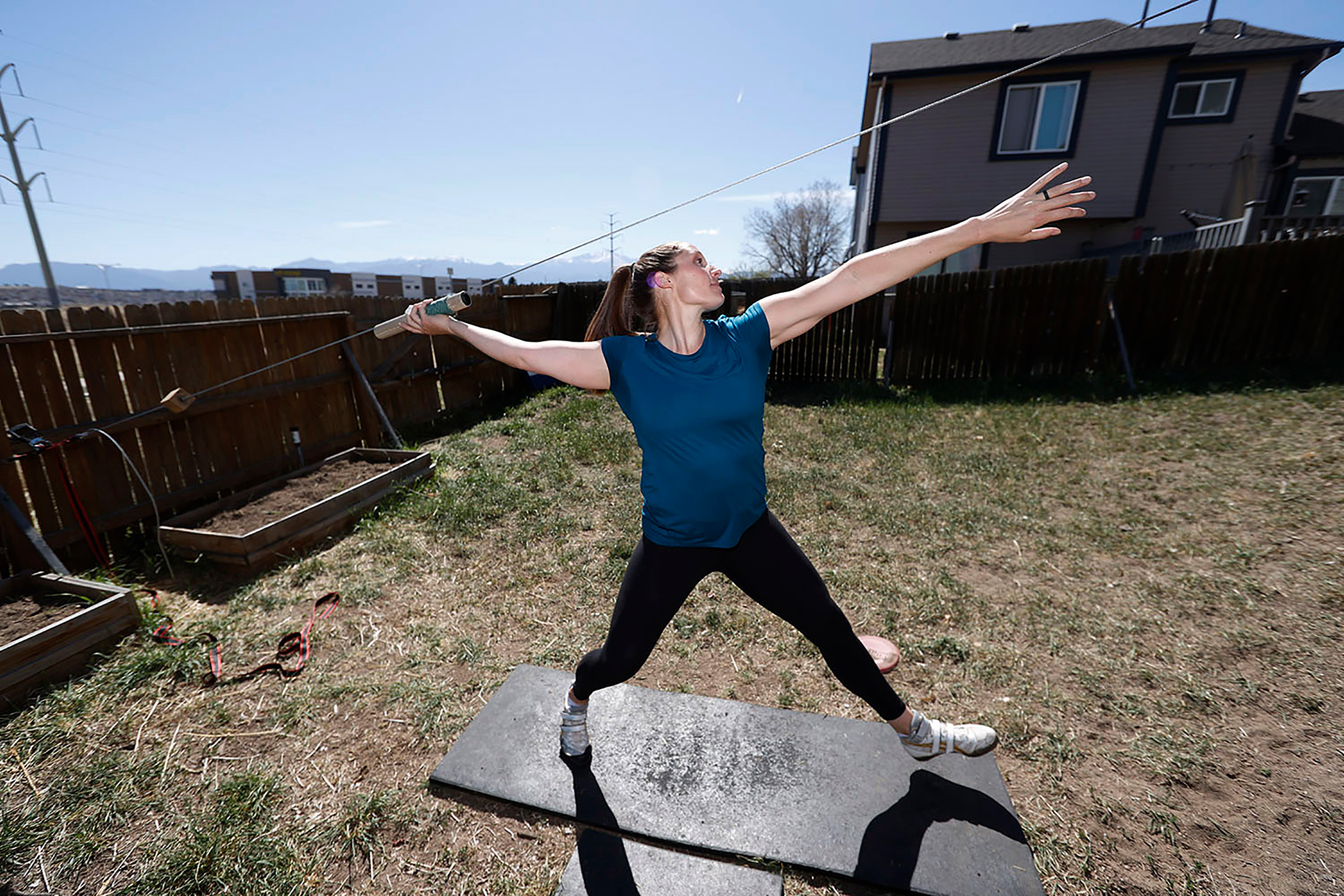 No athlete is immune from disruption. Noah Lyles, the reigning 200m world champion who in Tokyo will seek to replace Usain Bolt as the face of track and field, lifted weights in a park near his Central Florida home. British gymnast Max Whitlock, who won two golds at the Rio Games, used his sofa as a pommel horse. Rio double gold-medalist swimmer Lilly King joined a few teammates for laps in a Bloomington, Ind., pond. “Once I saw a snapping turtle,” King says, “I hightailed it out of there.”

When the pandemic struck, the makeup of Samantha Schultz’s sport, modern pentathlon, only compounded her stress; she couldn’t conduct her usual training for five different events: fencing, shooting, equestrian, swimming and running. Schultz improvised—she shot a laser pistol at a target in her Colorado Springs neighborhood. “People would drive by and see me with an oversize handgun,” she says. “They were like, ‘She’s so weird.’” Despite her adjustments, the toll of the delays finally hit her on July 27, when she realized she would have been in Tokyo, the Games under way. “I felt like I was carrying a bag of bricks on my back,” Schultz says. That day, she broke down and cried. In her journal, she recorded her motivation level: low.

In a May 2020 International Olympic Committee survey of more than 3,000 athletes worldwide, 50% of respondents labeled “keeping myself motivated” as a major challenge; nearly a third said “managing my mental health” was difficult too. U.S. judo hopeful Angelica Delgado was in the best shape of her life when the lockdown hit, leaving her depressed in the aftermath. Social distancing is not an option in combat sports, so she fretted about falling behind. “I’m not going to slam my fiancé onto our concrete floors, you know?” she says. In late July, she returned to the gym to work with her coach and training partner: they all got COVID-19 and had to cease training for a few weeks, but have since resumed Olympic prep. For now. 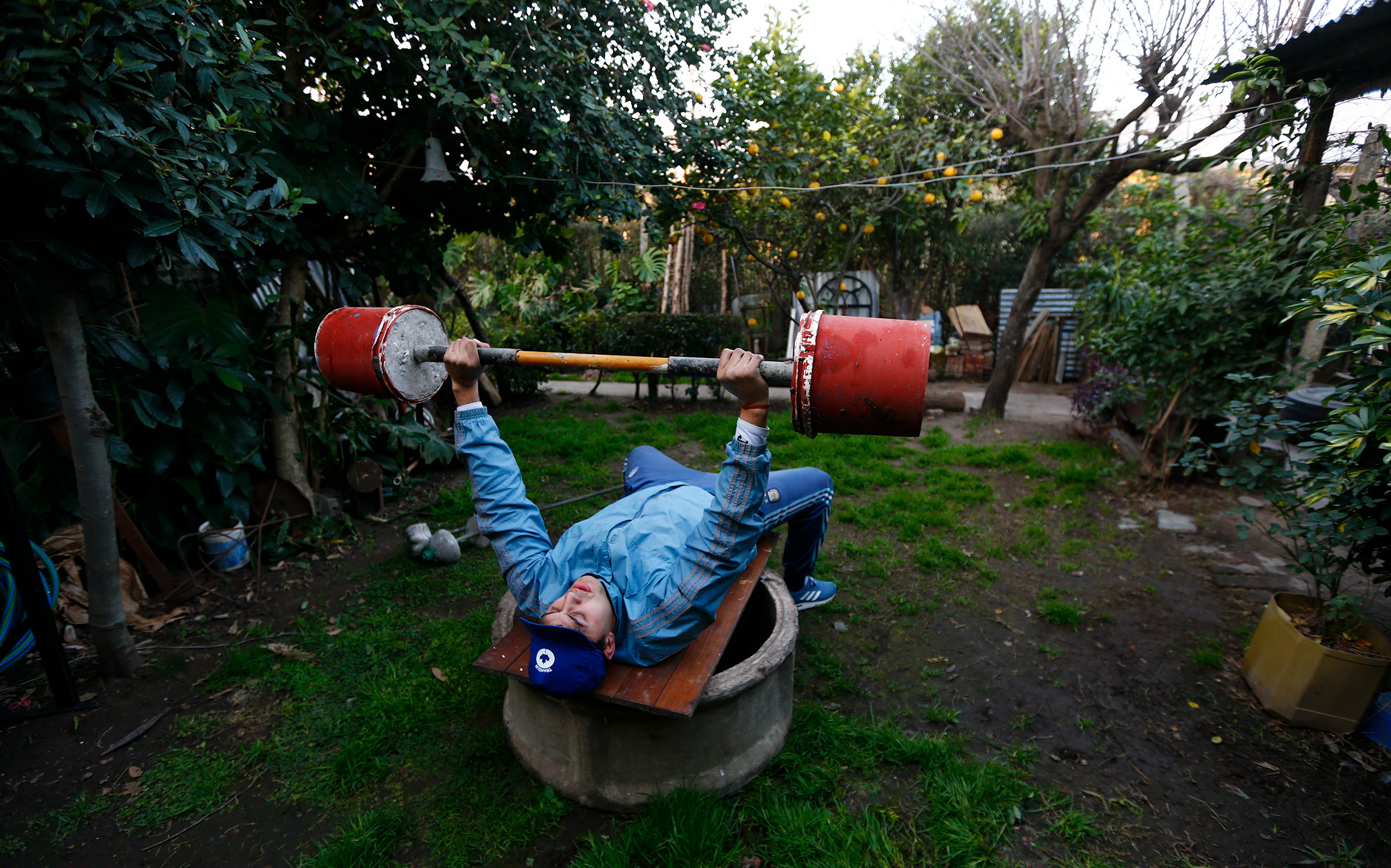 Nearly all Olympic athletes mentioned blocking out what’s beyond their control—the state of the world, canceled competitions, and health and safety regulations—as a key coping mechanism during this unprecedented run-up to the Games. “It’s tough, but if I worried about every possible thing that could go wrong, I would never compete again,” says Delgado.

Perspective also helps. “This is much bigger than us, much bigger than sport,” says Matthew Centrowitz, who won 1,500m gold for the U.S. in Rio. “This is a pandemic that’s affecting everyone in the world, all ages, all ethnicities. People are losing jobs. People are dying. So if we have to push back the Olympics, or have them be completely canceled, there are far worse things out there that can happen.”

These next few months will be busy for Sean McCann, senior sport psychologist for the U.S. Olympic & Paralympic Committee. He’s worried about athlete burnout caused by chronic stress: the daily hassles like finding a place to train during lockdowns, or uncertain schedules during a confusing Olympic prep period that’s already stretched another full year. “It’s been a long haul,” says McCann. “We’ve got to still keep doing the basics and taking care of ourselves physically, socially, emotionally.”

McCann and other experts offer some encouraging signs. In a November article published in the International Journal of Environmental Research and Public Health, the basic advice from the sports-scientist authors is that athletes should keep doing what they’re doing. Habits like meditation, visualizing competitions and sharing home workout routines on social media—which helps builds human connectivity—can pay off once the Games begin. 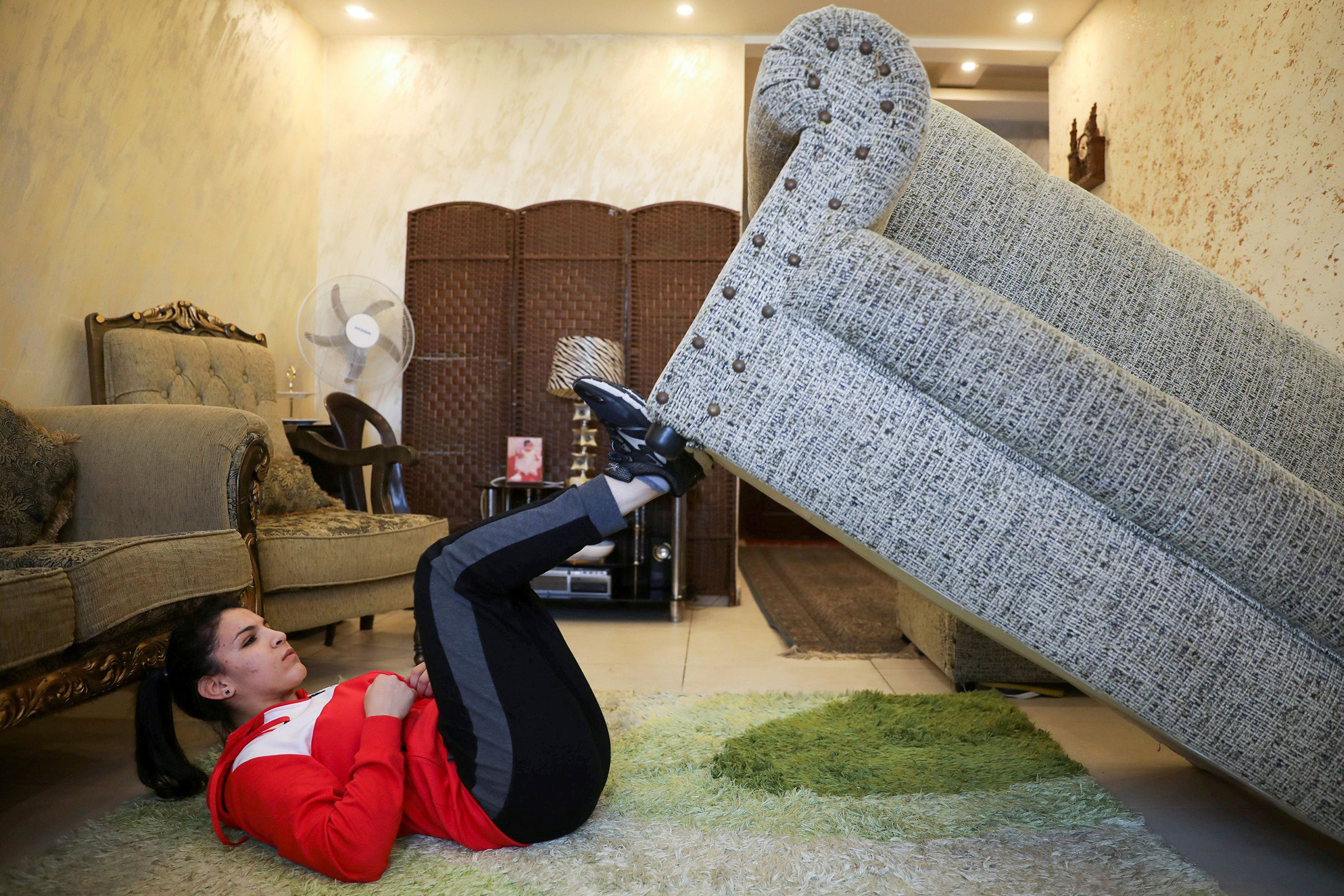 Some competitions have already restarted. The International Swimming League, a five-week event, took place in a Budapest bubble in October and November. None of the more than 300 swimmers tested positive for COVID-19. One athlete told McCann that when she dived into the pool and her hands hit the water for her first race, her whole body smiled.

Any sort of successful Olympic bubble involving more than 11,000 athletes will be harder to pull off. But no matter what happens in July, athletes will take their victories along the way. “I’m doing everything I can with the stuff that I have, and I feel really good doing it,” says Winger, who plans to keep using her backyard cable system while also rehabbing from an ACL injury she suffered in August. “It’s just cool to still be viable without leaving my house.” Come this summer, Winger hopes to be leaving her cupcake stand in its proper place.

Get The Brief. Sign up to receive the top stories you need to know right now.

For your security, we’ve sent a confirmation email to the address you entered. Click the link to confirm your subscription and begin receiving our newsletters. If you don’t get the confirmation within 10 minutes, please check your spam folder.

Write to Sean Gregory at sean.gregory@time.com.

The 6 Types of Grit (And How to Develop Them)

Challenge 2021: How to improve the physical and mental well-being of my employees?