I keep a list of words that are strange to me. Any time I find one I half-know or do not recognise, it goes in the list. I find its existence reassuring, as if having more words at my disposal will make it easier to decode whatever confusing things happen to me each day.

The best word on my list is velleity. I found it in Don DeLillo’s Underworld (1997), in a section where a Jesuit priest is explaining to the main character, Nick Shay, the value of knowing the names for those things in danger of being lost to eternity. The priest teaches the word “velleity” to Nick. “Volition at its lowest ebb,” he calls it. “A small thing, a wish, a tendency.” He uses it in relation to his own life, to express regret at how it has passed. He has prayed a lot, sure, but what tangible things has he done in this world?

This year I’ve spent more time in Anglican churches than I have in the rest of my life combined. I haven’t converted, I don’t think. But I have been researching people in their 20s who have done, and it quickly became clear that without going to church I would miss crucial aspects of what it meant to become a Christian. And so, despite my initial wariness about structured religion, I started accompanying those I was interviewing not just to Sunday services, but the daily offices: morning prayers, evening prayers and compline (the night prayer).

The first few services I was bored. I believed prayer to be a waste of thought. I spent the duration worrying, or feeling hungry, or both. I stared at the faded scars and burns across my hands and tried to remember how I got them. Gradually, though, I found myself taking an interest. I started to look forward to the prayers of penitence, recited in chorus by the congregation. I liked to say, “We confess we have sinned.” To say, “We have not loved our neighbours as ourselves”, admitting (half out-loud, half in private) to all the minor acts of unkindness we had inevitably carried out that week.

I enjoyed the intercessions, too – the structured sequence of prayers, written by members of the congregation each week, which follow the pattern of prayers for the Church, then for society at large, for the local community, for any who suffer, and finally, for the communion of saints. The intercessions kept up with the news – prayers for the England team during the Euros, for NHS staff, for the families of refugees lost crossing seas.

It was a grand picture that moved me: in the 16,000 Church of England buildings across the UK, which were reopened in July 2020 after the first period in 800 years without public worship in England, all these groups of people were closing their eyes and pressing their hands together in contemplation of those they did not know. Prayer did not stop during the pandemic, however. Between March 2020 and March this year, the Church of England’s various prayer apps were accessed 8m times, a 50% increase on the previous year.

My Christian friend likes to phrase it in counterfactuals: what if prayer doesn’t do nothing? I posed this to someone else, whose apostasy came in his early 20s. “Yeah, what if,” he said, his voice empty of anything. “What if?” Having prayed each night of his childhood, he now finds the complacency necessary to trust you are “doing really valuable things by praying for the rest of the world” – at best deluded, and at worst dangerous. But most of the Christians I spoke with do not see prayer as efficacious. Instead, it is a response to the paralysis they feel when confronted with sickness, death or violence. “I’ll pray for you,” they say, and find it has more weight than “I’m sorry”.

One of my close friends practises the metta bhavana, the Buddhist “loving-kindness” meditation. Like the intercessions, there are five stages. First, you meditate on yourself. Then on someone you love platonically, someone you feel neutral towards, someone you dislike, and then finally, the whole world. At each stage, you chant the following in your head: “May you be well, may you be happy, may you progress upon your path.” My friend knows their meditating cannot ensure the happiness of others, or of themselves. But it is a way of releasing hard emotions, and feeling momentarily connected to the disparate lives external to their immediate circumstances.

I don’t think the Jesuit priest in Underworld was right. I don’t believe dealing in small things such as wishes makes you “low-willed”, as he expressed it. Velleity means desiring things you cannot hope to get. There is something in that impracticability I find serious, strengthening. Velleity is the closest word I have for the approximation of prayer I find myself moving towards: not a replacement for action, but a distinct act in itself. Sending out thoughts to people I miss or have hurt or will never meet. Knowing it has no power, but doing it anyway.

We will be in touch to remind you to contribute. Look out for a message in your inbox in . If you have any questions about contributing, please contact us. 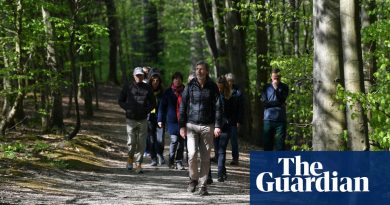 How I fell in love with extremely long, kind of boring history podcasts

The New Superpower of Companies and Their Brands: Sensory Experiences