A year locked up inside has done nothing to diminish the scale and scope of this year’s Jarman award nominees, whose work reflects on our unusual times, whether addressing the pandemic directly or offering dazzling escape routes from it.

Among the six shortlisted artists for the £10,000 prize, which is named after late film-maker Derek Jarman and recognises the innovative work of artist film-makers based in the UK, is Adham Faramawy, whose film, titled The air is subtle, various and sweet, is a meditation on the history of Wanstead Flats nature reserve in east London. It mentions how the area was turned into a makeshift mortuary during the height of the coronavirus crisis and enlists two dancers to tell a story about roots, belonging and the environment.

Other nominees for the prize include Larry Achiampong, whose Beyond the Substrata investigates race, the surveillance state and capitalism’s illusion of choice using hooded figures dancing in an abandoned supermarket and Sophia Al-Maria, who has been described as a “gulf futurist” and offers critiques of social media in work such as Mirror Cookie. Elsewhere, Jasmina Cibic’s The Gift manages to re-stage dialogue between nations found in archival documents. It was filmed in locations including Oscar Niemeyer’s French Communist Party Headquarters in Paris and Palais of the Nations in Geneva.

The nominations list is completed by two artists who focus on female and male identity respectively: Georgina Starr was commended for her aptly named Quarantaine, which follows two young women on a journey into a mysterious parallel universe; Guy Oliver’s You Know Nothing of My Work probes the careers of problematic figures from OJ Simpson to Woody Allen using disarming musical comedy.

Now in its 14th year, the Film London Jarman award boasts a list of former nominees who have gone on to success. Laure Prouvost, Monster Chetwynd, Charlotte Prodger, Oreet Ashery, Duncan Campbell and Lawrence Abu Hamdan are just some of the names who have since been shortlisted for or won the Turner prize.

Recent Jarman winners have included Heather Phillipson, Hetain Patel and Daria Martin. Larissa Sansour, one of the nominees for the 2020 prize which was ultimately shared by the six contenders, is on this year’s judging panel. At the time of her nomination she said: “It’s a very prestigious award to be nominated for. It feels now that I’m part of a bigger family.”

Highlighting the challenging working conditions during the pandemic, Adrian Wootton, chief executive of Film London and the British Film Commission, said: “Under the extremely difficult circumstances that the past year has presented, it is both impressive and inspirational that these artists have continued to create and show work that questions, challenges and shapes the world around us, and we are pleased to spotlight their practices through the award.”

Speaking on behalf of the jury, Iwona Blazwick, director of Whitechapel Gallery, said: “Against a backdrop of abandoned buildings or elaborately conceived stage sets, this year’s shortlisted artists take us on a journey that bridges the political with the poetic. Viewers are in for a compelling ride.”

Beyond the Substrata by Larry Achiampong

the air is subtle, various and sweet by Adham Faramawy

The Gift by Jasmina Cibic

You Know Nothing of My Work by Guy Oliver

We will be in touch to remind you to contribute. Look out for a message in your inbox in August 2021. If you have any questions about contributing, please
contact us.

Here’s Why Beauty Experts Are Giving Up On Glowing Skin 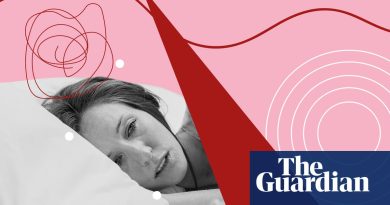 I’ve tried everything but have never experienced an orgasm