Turning 40 can be a fraught experience at the best of times. But spare a thought for millennials, the baby-boomer-sized generation that demographers generally define as beginning in 1981. Not only are their elders now reaching the big four-oh in the wake of a global pandemic, with a financial crisis to match the one that hit in their late 20s. But to add insult to injury, a viral Medium post this week described them as “geriatric millennials.”

That’s not the right term, of course. The older cohort already has a name, “Xennials;” the word “geriatric” usually refers to medical care of the elderly. Still, as the backlash shows, these quintessential 1980s kids are starting to feel their age. And it’s only going to get worse as the 2020s roll on, inducting millions more millennials into the fortysomething club —  without the levels of home ownership and job security that previous generations enjoyed at 40.

But millennials do at least have one advantage over their predecessors: more data. They are the first generation to turn 40 in a world that has significant scientific evidence for how much the 40s are supposed to suck. They can plan for that, and be aware how much wellbeing improves once they climb out the other end of the decade and hit 50. To borrow a phrase from another important awareness campaign: It gets better.

Thanks to a growing body of 21st century research, we now know the much-derided “midlife crisis” is an actual thing. A profound dip in reported life satisfaction at this age happens equally to men and women — not just in the U.S., but in every part of the world where we have data sets of subjective reports. It can strike whether or not you’re dealing with kids, or parental deaths, or unemployment, or major illnesses. It has even been detected in apes at an age equivalent to a human 45.

The best summary of this research so far is The Happiness Curve: Why Life Gets Better After 50, a 2018 book by veteran journalist Jonathan Rauch. In his 40s, he began to explore why he was hearing negative voices in his head telling him he’d wasted his life and should move or quit his job immediately, when he’d actually done way more than he’d ever expected at 20 — including winning a prestigious National Magazine Award — and was in a happy fulfilled relationship with his husband after years in the closet. (The voices never happened to mention what he should do or where to go instead.)

“The downturn is gradual, gentle, but cumulative, and it sinks into a trough, a frequently years-long slump when instead of savoring our accomplishments we question and reject them,” Rauch writes. Friends told him to take Prozac; he told them it wasn’t a mood problem, but a satisfaction problem. “Dissatisfaction would alight on any convenient cause, real or invented. I began to think of it as a parasitic wasp that had lodged itself in my brain and was feeding on discontent it had created.”

That wasp seems to have burrowed into many famous brains throughout history. “In the middle of the journey of our life I came to myself within a dark wood where the straight way was lost” — that’s Dante at the start of his trip to hell in the Inferno, written when the poet was 42. “To go on living after 40 is unseemly, disgusting, immoral!” wrote Dostoevsky at 43, years away from writing his most celebrated novels. At 47, Virginia Woolf was writing  screeds bemoaning the need to wear reading glasses; even her troubled mind let her live until 59.

Because the flip side of the fortysomething slump, historically, is a surprising rejuvenation somewhere around age 50. “Forty is the old age of youth; 50 is the youth of old age,” is how Victor Hugo put it. “I feel about six and a half,” exulted Woolf at 54. Dostoevsky later decided that 56 was “the most flourishing age…at which real life can rightly be said to begin.”

Here’s what Rauch had to say after trawling through the science. “Under the surface, the trough is really a turn, a change of emotional direction. Almost imperceptibly, our values shift, our expectations recalibrate, our brains reorganize, all in ways that lead to an upturn in late middle age and then to surprising happiness in late adulthood.”

The universality of this pit of despair — the down curve in the early-to-mid forties, the up in the late forties to mid fifties — was first spotted by economists, who spend a lot of time looking into what actually makes people happy. (Because as the popular online Yale happiness course makes clear, beyond about $75,000 or so, it isn’t your salary.) In 2001, developmental economists put together a chart of life satisfaction surveys in Latin America, showing a turning point at age 48.

This was the first actual evidence for the midlife crisis, a phrase coined in 1965 by a mid-forties Canadian psychoanalyst. (Other psychologists dismissed it as Freudian jargon.) In 2004 came the first economics paper that adjusted for marital status, education and employment, all of which have their own effects on life satisfaction, in the UK and U.S. The U-curve suddenly popped out.

It also emerged in more than 20 papers over the next four years, with an average turning point around 50. A 2020 study found the U-curve in 145 countries. (The endpoint shifts to the right in generally unhappier countries, such as Russia; Russians tend to climb out of the curve in their 60s.)

Meanwhile, studies on antidepressants and other mental health drugs showed most prescriptions are filled in the mid-40s. And in 2012 came the first study that suggests our closest biological relatives could do with a chemical boost around then too. Based on the social interactions and physical health of 508 chimps and orangutans — in research centers, zoos, and the wild — a slump seems to occur slightly more than halfway through their natural fifysomething lives. “Human wellbeing’s curved shape is not uniquely human,” the 2012 paper said.

The science is still new, so we don’t know exactly why this would be. But it seems evolution may have loaded our brains with this midlife pain in order for us to gain the wisdom necessary to lead our packs, tribes and families in later life. We’ve long had the grandmother hypothesis to show how post-menopausal women helped humans thrive; perhaps we need to expand that theory to post-50 people of all genders, whether they bred or not.

How to ride it out

OK, so now we know that the 40s definitively, objectively, scientifically suck ass. How much is that going to help the millennials about to go through them? To quote the “GI Joe fallacy” from that Yale happiness course, knowing is not half the battle. It’s not even the beginning of the battle. Dante’s midlife “dark wood” is still every bit as scary; there are still nine circles of hell to get through, even if you’re aware there are sunny uplands on the other side.

Well, at the very least you can swear your own Hippocratic Oath: First, do no harm. Sure, many of us have legitimate reasons to divorce or switch career paths or move across the country in our 40s. But others make major mistakes based on nothing more than brain wasps. So you can at least interrogate the voices in your head telling you to make a major life change before doing something irreversible. Is the dissatisfaction specific? Is there real toxicity? Are you being pulled towards a new situation, rather than simply pushing yourself away from your present one? Are the wasps just yelling “I’m a fortysomething, get me out of here”?

Because something else that has emerged from those massive data sets of international surveys is a fortysomething expectations gap. At that age we expect ourselves to be as successful as our most successful peers (instead of comparing ourselves to where we were in our 20s, which would more likely make it clear how far we’ve come). We keep moving the goalposts. And in terms of future expectations, we also make dismal predictions about how happy we’ll be in five years — predictions that don’t tend to shift until we’re in our 50s.

The upturn runs counter to a lot of stereotypes. The scientists Rauch talks to kept looking for signs of crankiness in old age — more depression, more stress, more regret, or less ability to regulate our emotions. In fact, in every area the opposite seems to be true. Studies show an “age-related positivity effect,” where our brains just seem to switch from favoring negative stimuli to positive stimuli in almost any test you can imagine. We start to remember the good and forget the bad; we are more attuned to sweetness than bitterness. “The peak of emotional life may not occur until well into the seventh decade,” a 2011 paper concluded.

Older people tend to live in the present, not dwell on the past or future. (You can get there more quickly with a mindfulness practice like meditation, which has been shown to quiet the fear centers of the brain; just don’t fall into another expectations trap by expecting super fast results.) To quote many recent self-help books, they give fewer fucks about social comparison, and are more likely to focus on pursuits that matter to them alone. “When I am an old woman I shall wear purple,” as a famous poem puts it. But why wait until then?

Another quantifiable trait of the elderly is that they  tend to focus on deepening old friendships rather than kindling new ones — because at that age, who has time? — so you should seek out more connections in the community you’re already in rather than abstractedly wishing for a different one. “Avoiding self-isolation, although no emotional panacea, can go a long way towards providing stability and preventing mistakes,” Rauch writes. Therapy is helpful, of course, but “plain old friendship has some of the same benefits.”

Rauch, now 61, developed a simple two-word mantra to help steepen his upward curve in his 50s. “No comparison!” he would yell in his head, interrupting the self-talk of brain wasps any time they’d try to point out how much more successful or better looking other people in his age group were. He’d even yell “no comparison!” at any thought that started with “I’m wasting my life because.” It’s a useful bit of cognitive therapy to employ at any age, but particularly if you’re a fortysomething given to browsing Facebook.

Millennials, the first generation to have spent their formative years on the internet, may intuitively understand a lot of this already. Many know that your Instagram persona is a million miles away from the real you. Shuttering your social media accounts when you turn 40 may sound like an extreme reaction, but given what we know about the comparisons they engender, it might be the single most positive change a millennial can make.

So long as they remember to replace online connections with the real-life equivalent post-pandemic, then, millennials may be able to make it through the U-curve years relatively unscathed. And then they can look forward to the delights of decades such as the 2040s — when they can genuinely be described as geriatric.

How to Manage Your Bodys Natural Reaction to Stress and Uncertainty

‘They had to pick me up off the floor’ – is Ragdoll this year’s goriest murder drama? 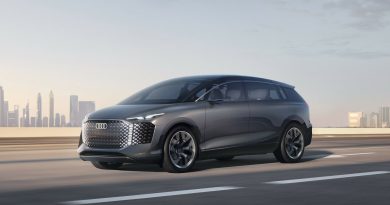