The period of Mr. Sondheim’s greatest work began when Harold Prince became his director. They were old friends, having been introduced by Ms. Rodgers in the late 1940s or early ’50s, and Mr. Prince had been the producer of “West Side Story.” He had proved his chops as a director as well, with musical successes like “She Loves Me” (1963) and “Cabaret” (1966).

Mr. Prince would direct five Sondheim musicals in the 1970s — “Company,” “Follies,” “A Little Night Music,” “Pacific Overtures” and “Sweeney Todd’’ — and though not all were commercially successful, they were all innovative, the product of two supremely talented artists whose individually authoritative visions were, for the most part, complementary. As Mr. Prince naturally saw a show’s big picture, its look and its pace, Mr. Sondheim, who had inherited the Rodgers and Hammerstein belief that the songs are critical elements of the play, pushed the idea further — not merely integrating the words and music but imbuing the songs with the concerns of a playwright; that is, providing singers with the material to deepen their character portrayals, and in rehearsals concentrating on their delivery and diction.

The partnership foundered on “Merrily We Roll Along,” a show that was hampered in part by the youth of its cast members, who had to play not only young characters but also the disillusioned adults they become, and by Mr. Prince’s acknowledged failure to find an appropriate look for the show as a whole.

“I never knew how to direct it because I work so much from ‘What is it going to look like?’ ” Mr. Prince told Ms. Secrest for her Sondheim biography. “That becomes the motor of the show. I never could figure it out.”

“Merrily” has had several lives since then, Off Broadway, in regional theater and overseas, as producers and directors have tried to solve its problems and showcase what is generally acknowledged to be a vivid and poignant score.

In any case, the two men parted creative company for more than two decades, not working together again until they hammered out a version of a much-revised musical about a pair of entrepreneurial American brothers in the early 20th century that in other incarnations, before and after, was variously titled “Gold,” “Wise Guys” and “Road Show.” Under Mr. Prince, it was called “Bounce,” and it was produced in 2003 at the Goodman Theater in Chicago and the Kennedy Center in Washington.

During Mr. Prince’s absence from his creative life, Mr. Sondheim teamed up with a younger collaborator, James Lapine, and together they created the most cerebral works of Mr. Sondheim’s career. These included “Into the Woods,” which reimagined familiar children’s fairy tales into darker adult fables; “Passion,” a nearly operatic meditation on the nature of love; and “Sunday in the Park With George,” a work whose first act ingeniously creates the artistic process of the painter Georges Seurat as he produces his masterpiece, “A Sunday Afternoon on the Island of La Grande Jatte,” and whose second act jumps ahead a century to illustrate how a contemporary artist makes art in a more consumer-conscious age. 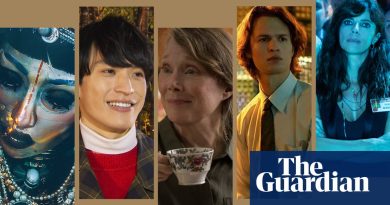 Tokyo Vice to Night Sky: the seven best shows to stream this week

On Consolation by Michael Ignatieff review – timely meditations on comfort