Her focus is waning. School, something she loves, has become a drag.

“I’m tired, I’m stressed and I feel lazy,” the sixth grader said last week from her home in Hermosa Beach, California. “Everything is so awkward now.”

Loree could be the poster child for many kids these days. Across time zones, age groups and socioeconomic lines, young people appear to be hitting a breaking point that developmental psychologists are calling the “pandemic wall.”

As we near the one-year anniversary of the pandemic and associated social distancing measures, kids and parents alike are grieving the end of how our lives used to be. It doesn’t even matter how dramatically kids’ lives have changed, experts say. The fact that disruption has become normalized is traumatizing enough.

Leslie Forde, founder of
Mom’s Hierarchy of Needs, a think tank in Boston that researches how mothers can reduce stress and prioritize self-care, has surveyed or interviewed more than 1,600 families about the effects of the pandemic on school-age children since Covid-19 began. 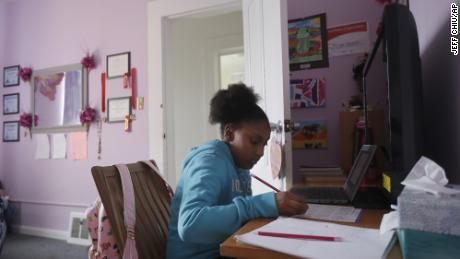 Her takeaway: Navigating constant change has gotten old for all of us.

“Our brains are sick of it,” Forde said. “There’s a certain amount of disconnect between what happened when we suddenly pulled kids out of school and thought it was temporary to where we are today. I don’t think anyone has healed from or reconciled that disconnect. I think it’s been hardest on our kids.”

What’s really happening to our children

Kids have only a basic framework for processing disappointment, said Jaleel K. Abdul-Adil, associate professor of clinical psychology in psychiatry at The University of Illinois at Chicago. As pandemic-related disappointments have dragged on, kids are struggling to continue regulating themselves. 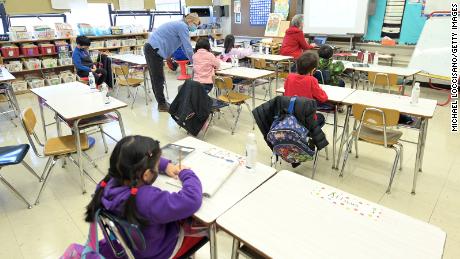 “Especially younger kids — they don’t know how to label and process the way they feel,” said Abdul-Adil, who also serves as co-director of the university’s Urban Youth Trauma Center. “So many of these pandemic restrictions are abstract, and kids have a tough time understanding that.”

Lydia Elle, London Loree’s mother, said this assessment tracks directly with what her daughter experienced as she fizzled out earlier this year.

“She used to be really excited about school, now it’s just something she does because she has to,” said Elle, who runs Supplies for Allies, a social justice-themed boutique. “In the beginning there was an excitement about doing everything over the screen. Now she desperately wants to hug her friends and exchange ideas in person.”

Thato Mwosa, mother of three in Milton, Massachusetts, noted that there are days when her middle child — a 12-year-old boy — seems so overwhelmed that he can’t process any work at all.

Earlier this semester, Mwosa and her husband received a letter from her son’s teacher that he was showing up late for class.

“He insists he logs in on time and that he’s paying attention,” she said. “You don’t want to micromanage them but then you realize you have to get involved to a certain extent.”

Looking at the frustrations that kids are experiencing in terms of loss, the notion of kids hitting a wall has become a manifestation of the grieving process, according to Jennifer Kelman, a clinical social worker and family therapist with a private practice in Boca Raton, Florida. 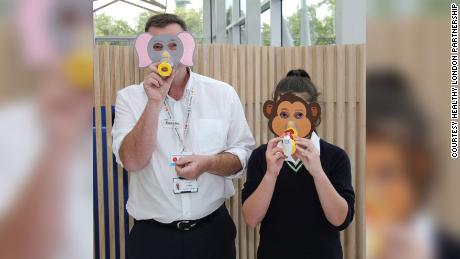 Citing the five stages of grief described in 1969 by Swiss-born psychiatrist Elisabeth Kubler-Ross — denial, anger, bargaining, depression and acceptance — Kelman suggested that kids today may be stuck in the anger or depression phases.

“It’s almost as if the hope and wonderment that kids walk around with naturally has dimmed because (the pandemic) hasn’t ended for them yet,” Kelman said. “Their sense of time is different than our sense of time as adults. They live their lives in a series of events: practice, dance recital or someone’s party. None of those things have happened normally in a year.”

For Nolan Adams, age 3, this frustration has come out in the form of extended,
nearly inconsolable tantrums.

His father, Ben Adams, said his son hit the wall last summer after changes to the family work schedule meant his parents had to work full time and the boy had to spend more of each day in child care.

“His episodes were long — sometimes up to an hour — and it was very difficult to mollify him,” said Ben Adams, a physical therapist in Baltimore. “Our doctors allayed our fears and said it was a tough age and that he simply didn’t know how to express his big feelings.” 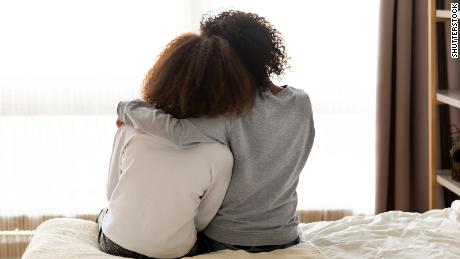 Heather Wilson, an English teacher at Cardinal Newman High School in Santa Rosa, California, noticed that many of her 80 seniors started losing interest in early February.

“One day they, a bunch of them, were just like, ‘Can we just watch a movie? Can we not do this anymore?'” said Wilson, who has two teenage sons of her own. “This isn’t a case of senioritis. It’s something bigger and deeper.”

How grown-ups can help

There are several ways adults can make the situation easier for kids. First, acknowledge the situation without sugarcoating, then give kids a chance to respond.

Kelman said it’s good for parents to share their own disappointment, but she noted that it’s important to encourage kids to verbalize their disappointment, too — then actually hold space for them to do so. 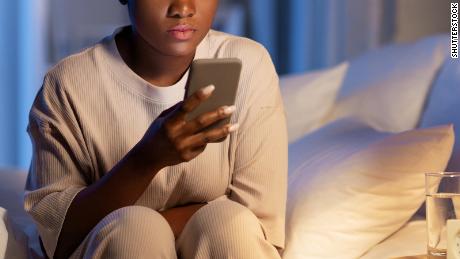 “It’s deeper than just having Mom or Dad acknowledge, ‘This stinks’ — you also need to ask, ‘How does this stink for you?'” Kelman said. “Give them the opportunity to let their feelings out. We’re doing our kids a disservice when we forget that they have feelings of their own.”

Parents may also want to encourage children to reminisce about life before Covid so they can remember specific things they miss and can look forward to again.

Another option: Schedule regular check-ins to make sure kids are OK. Forde, the researcher, said she recently interviewed a mother who puts 15-minute breaks into her schedule throughout the day so she can see how her daughter is doing.

A third strategy is to let kids lead the way. Wilson, the English teacher, jettisoned her original lesson plans and pivoted to a curriculum more connected to issues the kids care about: including the 2017 Angie Thomas book, “The Hate U Give.”

“The book has sparked some interesting discussions about Black Lives Matter and issues that resonate with them right now,” she said.

At this point in the pandemic, psychologists and other experts also recommend supplemental resources for children to get up and over (or through) the pandemic wall. 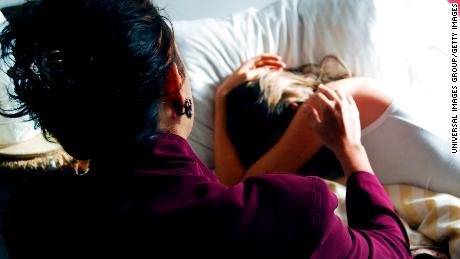 Mwosa, the mother who lives near Boston, likely will turn to summer tutors for her 12-year-old and other two children to make sure the kids are all caught up by September.

Other parents are turning to different types of tools.

For some, this might mean regular yoga, meditation or podcasts that focus on children’s well-being. Adams swears by a podcast called ”
Emotion Motion,” a child-oriented digital audio narrative that helps kids explore emotions through storytelling. For the last few months, Adams and his wife have played episodes for their son every night around bath time.

“There has been so much uncertainty and so many unknowns throughout this past year,” said Sara Potler LaHayne, founder and CEO of Move This World, which produces the podcast.

“When can I hug
Grandma again? Why can’t I have an inside playdate? We don’t always have the answers and there isn’t always a clear path forward. That’s OK for kids to know.”

Matt Villano is a writer and editor in Northern California. His three daughters hit the wall in December.

Garmin’s Epix 2 multisport watch made me a touchscreen convert

10 Motivational Apps To Help You Jumpstart Your Day

What to See at the Virtual 2021 Sundance Film Festival